The Prize is awarded to outstanding talent and works of art that embody the union of art and science. It is the first ever to be established in Malaysia to celebrate the nascent community of artist-scientists that shows promising growth and development.

Recipient with the highest potential for growth was selected as the winner of Rising Star Award category.

Well done Dr. Roopesh & Dr. Hafiz, we are so proud of you both! 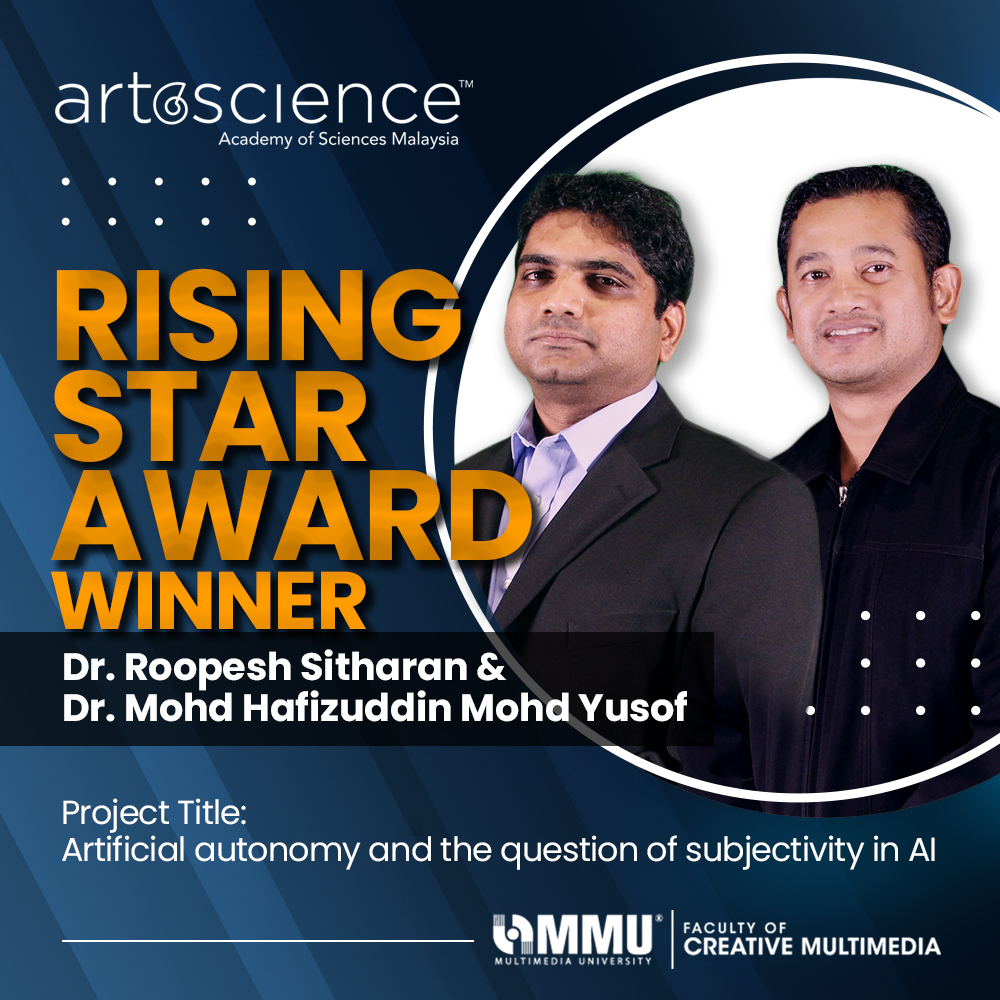 It is a rare occurrence for two different universities from opposite sides of the globe to share an acronym. It is far rarer that the same two universities would connect and collaborate together but this fairly uncommon chance was given to Multimedia University (Malaysia) and Manchester Metropolitan University (United Kingdom).

Starting on 2nd of November, 2020, the two MMUs came together for a two-weeks exchange programme, aptly named MMU Meets MMU: North West South East. A total of 36 students participated in the programme; 18 from the Faculty of Creative Multimedia and the Faculty of Cinematic Arts and another 18 from MMU UK’s three departments – Film, Animation and Photography. Along with the students, a group of staff from the aforementioned faculties of both MMUs also joined the programme as mentors as well as guest speakers.

The exchange programme focused on the art of filmmaking where the students were given a chance to produce one short film a week in their respective groups consisting a mix of students from both universities. During the first week, students were given the task to produce a short film using the concept of found footage. Two of MMU Malaysia’s staff conducted a class during this week; Anuar Hassan on Creative Ice-Breaking and Self-Portraiture while Dr. Lim Kok Yoong touched on the concept of storytelling through archiving. They were also exposed on the topic of “Found-Footage Filmmaking” by Joseph Duffy as well as a photography and a sound design lecture. For their first film project, each group was mentored by staffs from MMU Malaysia (Nekhat Sultana, Nadia Mahmud and Syed Amar Ghazi Bin Syed Ahmad Alkugsi) and staffs from MMU UK (Kristin Marshall, Polly Palmerini, Ben McDonell, and Damon Bannister).

The second week, the task centered around sensory mapping. As an introduction to the topic, Joseph Duffy delivered a lecture titled “Sensory City Mapping”, followed by a talk on independent film production in South East Asia by Syed Amar Ghazi Bin Syed Ahmad Alkugsi and conceptual photography by Shah Azman of Faculty of Cinematic Arts, MMU Malaysia. The students were also invited throughout the week to join a second photography class, followed by a sound design lecture, as well as a rotoscoping demonstration by Damon Bannister.

On 25th November 2020, a total of 14 short films were screened during an online showcase. Each group of filmmakers were given the opportunity to discuss about their experiences and filmmaking process. Their responses to the tasks given (found-footage and sensory mapping) displayed fascinating visuals and intriguing concepts, a notable result of cultural discourse between the students.
Despite having to conduct the exchange programme online due to the ongoing global pandemic, MMU Meets MMU: North West East has created a platform for students from both universities to communicate, collaborate, share and expand their perspectives and network, as they worked together for two weeks, exploring creative methods and expressions to produce their films. This programme shows that creative collaboration is not bound by geography or face-to-face interactions between artists and thus promises an encouraging approach in producing any work remotely.

We are pleased to share that one of our esteemed academic, Dr. Tenku Putri Norishah Tenku Shariman, has been appointed as a member of the Islamic Affairs Development Advisory Panel, recently. The letter was signed by Yang Berhormat Senator Datuk Dr. Zulkifli Mohammad Al-Bakri, the Minister in the Prime Minister’s Department (Religious Affairs). Dr. Tenku Putri will offer her support and advisories to all agencies under the Ministry through her extensive experience in academic as well as research. 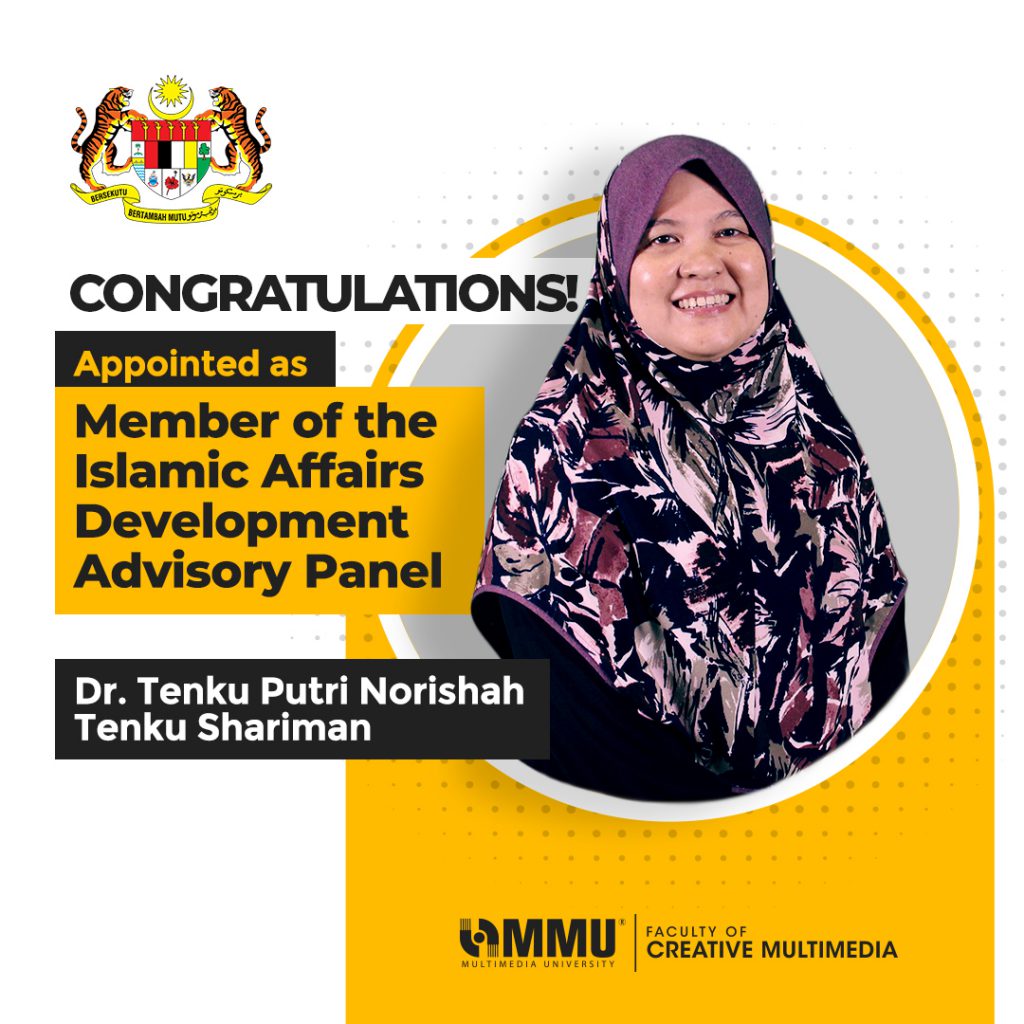